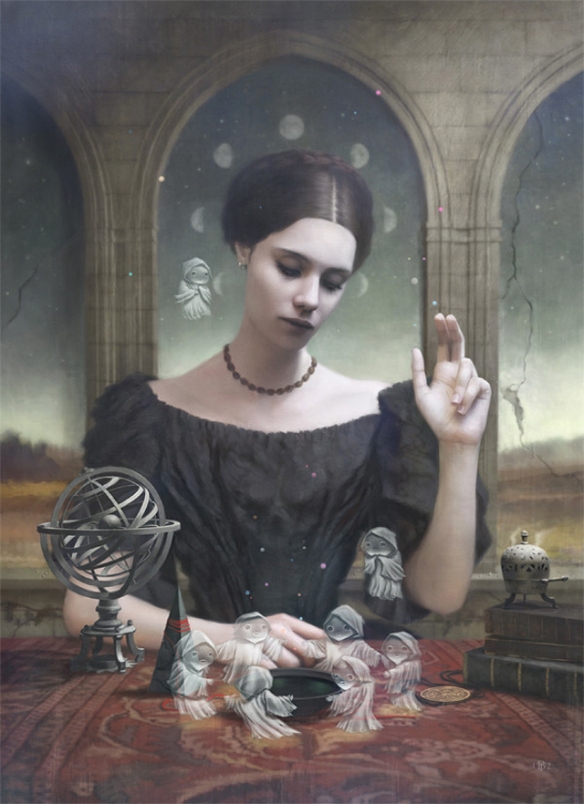 What has gone before; what has yet to appear.
Respect.
Middle ground, center of the void, crucible of 2 eclipses, infinity NOW.

The hand gesture above is a variation of the flag or Pataakait mudra, which among other things denotes clouds, wait, and denial.
It is called the half-flag or Ardhapataaka mudra and among other things, it indicates both.
In oratory or rhetoric the gesture means wonder.

In my mind it indicates the hangwoman, pause.
Insights forthcoming from circling ravens, Huginn and Muninn.

Be with you in entirety, shortly.
peace
GMA

My place is placeless, a trace of the traceless.
Neither body or soul.
I belong to the beloved, have seen the two worlds as one
and that one call to and know,
first, last, outer, inner,
only that
breath breathing human being.

Pranayama – The Art of Yoga Breathing

The Tin rule is me first
The Silver rule is you first
The Golden rule is all of us first.

Uranus direct on the 10th prior to Full Lunar Eclipse !

Uranus is odd.  It points to the odd in the natal chart.  Whatever it aspects in the natal gets a ping-zing of quirk.

Uranus is known as the awakener.   It is eccentric in natal chart operation and in orbit.  The poles of Uranus are perpendicular to the ecliptic (orbital path around the Sun) which means it kind of rolls around the sun on its equator.  Each pole will experience a 42 year day, followed by a 42 year night.

(Yes, Uranus has rings, and no they are not red, this is an infra-red camera pic.)  The reason Uranus appears such a vivid blue is the atmosphere absorbs all red wavelengths of the visible spectrum, preventing it from bouncing back into space – all we see is the blue-green spectrum of color.
~~~~~~~

Saturn (terra firma, being grounded) is the traditional ruler of Aquarius.  The root (security) and sacral (desire) chakras are in the red color spectrum they are primal and personal, (represent being grounded).

While the blue color spectrum is the 3rd eye (intuition, pure communication) and is seeing the BIG PICTURE – it is more of a tribe vibe, being open to new possibilities, and innovations.
Uranus shifts between the two in an instant.   Grounded to ether !   Snap !

Uranus is by nature an energy shifter.  It shifts perspectives, vision and thinking like a lighting bolt.

Uranus went retrograde on July 9, 2011 – direct motion reboots things stalled at that time.  Also look to your house of Aries at zero degrees, this is where Uranus goes direct.  Pay attention to the same degrees of Libra (opposition, others and compromise) and Capricorn and Cancer (squares, the inner tension) for where to expect groovy energy downloads.

Uranus goes direct with a quintile – that’s a gift, a talent – the spirit quest – to Venus, the planet of love, art, beauty, kindness, self-worth and values and oh yeah…the green thing, money. $$
Actively engage a shift in these areas – that’s your talent, so use it.

What Uranus will bring up is anybody’s guess, it is the wild unpredictable the free and untamed.
Bend rather than break ~ be pliable, resilient and kind.

Retrograde motion is when the planetary energy is turned inward, direct motion energies pour outward.  The few days prior to either are usually amped up a bit, lol.  You may tweak – fair warning !  Just keep in mind others are tweaking too – particularly those with Uranus prominent in the natal ~
when the going gets weird, the weird turn pro.

Uranus rules astrology, wireless, telepathy, inventors, the eureka ! , and magnetics.
Uranus’ magnetic field is odd in that it is not centered on the center of the planet and is tilted almost 60 degrees with respect to the axis of rotation.

Since Uranus rules magnetics, polarities (positive and negative), and higher thought – be aware of what you draw to you by thought – for thoughts become deeds.

Because this Full Lunar eclipse is in Gemini (rules hands) I am leaving you with some info about mudras !

*note : now I will always see this gesture (in title) in a whole new way YaY !

There are various hand positions used in both kung fu and in yoga. The hands in kung fu often form shapes that are representational of animals. The tigers claw, the snakes head or the cranes beak are all traditional shaolin hand positions. In yoga the hand gestures are called mudras. A mudra sometimes is a symbolic shape similar to the ones in kung fu, yet more often they are energetic connections being made in the nadis or meridians. By connecting fingers, or pointing certain directions we direct energy and link up specific channels to generate a particular set of internal resonances. The hands are vitally important to the brain. There is an equal amount of cortical tissue dedicated to the hand as there is to the whole rest of the body. By engaging our hands, our breath, our bodies, our focus we awaken our inner sense of awareness and unify ourselves.

~~~~~~~~~~~~~~
Sunday morning I was having my am coffee and sitting down to listen to my friend, Debra Clement do her radio show, with her guest psychic medium, Daria Justyn.  I was amazed at Daria’s accuracy in an impromptu reading for Debra, she was very specific in describing family events, including names.

Then came the info regarding George Harrison that tweaked my brain a bit.

I’ve transcribed the message from George below:
~~~~~~

He said the world is a reflection of what’s in our hearts.  The global level of change is what we are reflecting from the inside out.  He never expected to be an emissary of peace and love.
Much of his life he felt ‘shackled’.
He tried to find balance – between the shackles – and  freedom to live quietly.
He was an enigma who liked living on the QT.
The enigma was – he wanted to retreat, but also wanted to share the joy of what he was experiencing, what he was learning.   It caused tension in his throat chakra, which Daria felt coming through in her meditation.  Wanting to express yet wanting a quiet life, caused trouble with his throat chakra.
He saw much of his life as black and white- one side was fact and real/ the other fiction and unreal (fame).
The last thing he said was…

Life is black and white – as far as – you are either in the light or the dark.

~~~~~~~~
What you see pictured above is my studio, so obviously you see I am a Beatles fan.
Now considering I had just written about 11:11/ balance myself, this radio show was covering the same, and I had specifically mentioned there is no black or white / shades of grey, the message from George had a resonance with me.
To put it mildly, lol.  My jaw dropped, I got gooseflesh and my hairs stood on end like tiny little antenna is more like it.

It’s a matter of polarities.
Yin / yang, positive / negative, attract / repel.
It is a matter of polar opposites finding their balance.
It is an awareness of the choice between the two that counts
There is no black or white in humans.
We are all shades of grey, a fusion of the planetary energies put in place when we were born.

When I was posting the above regarding shades of grey, I was a bit uncomfortable with it.   I see creatures/humans as rainbow chakra energy beings, but that didn’t suit my analogy of polarities very well, so I ditched it.
Well, now Mars is Virgo, there were spirit communications between Neptune peeps, and I am tweaking it.

I do find it interesting that not only is transiting Scorpio Sun nearly on top of my natal Neptune (which squares my 8th house Venus / Jupiter), but Mercury is also currently conjunct Venus and North Node in Sagittarius, my 12th house.  The 12th house of receptivity and psychics, and there was communication / love pointing (node) the spiritual way.

SooOo what I should have said was ‘we are all colors of the rainbow, a fusion of the planetary energies put in place when we were born.’ Every moment of our lives is an opportunity to choose love, kindness and understanding instead of fear, hate,  greed, etc..  If an action is conceived with a loving heart than it will bear loving fruits – while anger breeds more anger.
Hence choose the light / rather than the dark side of life.
~~~~~~~~~~~~~~~~~~