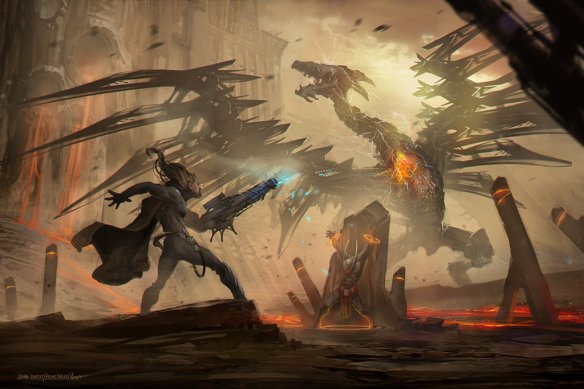 New Moon in Leo conjunct Jupiter brings HOPE, and with it a study of asteroid Prometheus 1809 and asteroid Pandora 55 seemed timely.

Prometheus was a trickster titan, who with his brother, Epimetheus, was given the task (by Zeus) of creating life on earth; both animal and man.  Epimetheus (whose name means afterthought) fashioned a multitude of animals giving them qualities of strength, stamina and speed accordingly.

Prometheus (whose name means forethought) fashioned man out of clay only to realize his brother had used all the graces on animals, leaving him no gifts to give mankind.  Having affection for humans, he sided with them against the gods, primarily Zeus.  Prometheus stole a spark of fire and gave this wondrous gift to man, enabling humans to keep warm, cook, forge tools, be independent.

In a fit of rage, Zeus doomed Prometheus to eternal punishment by chaining him to the Caucasus Mountains and sending a hawk to eat out his liver each day (which in turn, regenerated each night).  His punishment ended when Hercules found him chained while searching the ends of the earth for the tree of golden apples (the 11th of his 12 labors).

In exchange for the location of the tree, Hercules agreed to help him, speaking to the gods on his behalf which led to the end of torment for two.  Chiron, the immortal centaur, teacher, herbalist carried a painful wound (accidentally given by Hercules) which would not heal.  Chiron willingly exchanged places with Prometheus, which led to freedom for both – Prometheus escaped; Chiron was relieved of his eternal suffering by death.
::::::::::::::::::::::::
Asteroid Prometheus 1809

Prometheus indicates both intellectual fire and forethought – very handy, as a quick mind is nothing much without first a plan to direct and focus the energy.  This asteroid points to tricky maneuvers and yes, thieving that which is cherished.
It has a bit of Robin Hood flavor, being that fire was taken from the haves and given to the have nots. Prometheus in that (ahem) light can also indicate where you rescue others by virtue of your gifts.
::::::::::::::::::
::::::::::::::::::::::::::::: 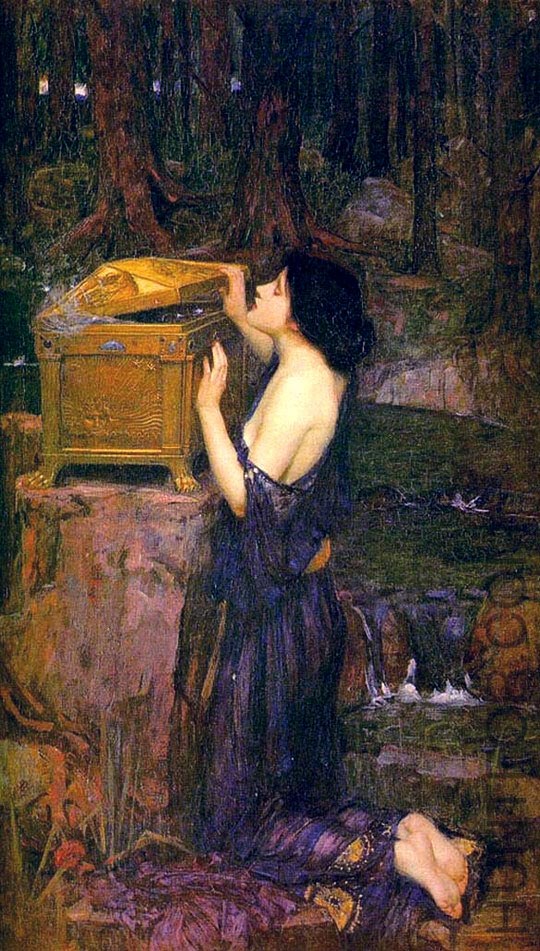 Pandora.
I have always had a love/hate relationship with this story.  With Mercury at MC, Virgo Sun conjunct Uranus and plenty of Leo cat energy – I am, without a doubt, very curious.  Then there is the fact that Pandora mirrors the story of Eve; reckless woman with the cheek of craving knowledge causes downfall of all humanity through plague and error.
Sounds like a double heaping of 9th house Virgo guilt to me – but, on with the story…
:::::::::::::::::::
Zeus, angry that the brothers Prometheus and Epimetheus had bungled creation, bade master craftsman and blacksmith of the gods, Hephaestus to craft a beautiful evil – the first mortal woman.  Despite Prometheus’ warnings, his brother accepted this gift from Zeus and took this lovely, magnificent creature to be his wife.

With her, Zeus sent Epimetheus a bridal dowry, a mysterious gift in a box – with only one request – it was to remain unopened.  Pandora’s curiosity overcame her, she opened the box, which unleashed a multitude of evils, plagues and ruin upon mankind.  When she realized in horror what she had done, she slammed the box shut – leaving only one thing inside.
Hope.

Asteroid Pandora 55
This asteroid is curiosity in spades – where you get a whammy curveball – you don’t even see it coming.  Pandora indicates where you think on your feet to deal with unforeseen circumstances – it is a point of exploration into the unknown, where you get more than you bargained for.  Pandora is also a point of hope and faith that life will work itself out for the best with the right altitude.  Necessity is the mother of invention – Pandora will lead you to your latent creative talents.