Even with a life chock full of strange, these aspects feel weird.
Synchronicities/brainstorms are flying/raining in so fast I am losing count.

Shifts in the crusts post on the 9.27 for example, coincided with the most sublime focus in perspective – bending the crystal prismatic to YES.
I knew I would know when I was ready, turns out I was not the only one.

First weekend of September I was chatting with one of my students about films/books she really digs Buddy Holly & Zac Efron, so I did a quickie run down for fun, explaining how the energy of synastry works.  Turns out Zac’s Sun is on her Moon (trine her Venus).  Sun/Moon is a great couples aspect (Yang male on Yin female), toss in harmony to Venus and that’s a great start.  Just a start – the whole wheel has to be considered, most definitely Mercury (communication) and Mars (heat !) as well.
Casting agents must moonlight in astrology – the good ones are certainly very intuitive about combinations of people.

I noticed on the day (9.7) my student and I spoke that Zac was having a North Node of Destiny/Saturn transit over his exact Venus/Pluto (love of intense sensation)  conjunction (9 degrees) in Scorpio, as well as transit Pluto (power struggles) on natal Neptune (substance abuse, film, art, mystics) so I asked my friend what he had been up to (in the news) knowing how tough these transits can be.  She mentioned The Lucky One (released 2012) but otherwise, he’s low key, no news.

Give it a few weeks (9.27) and I read Zac quietly went to rehab twice this year.  Seems now he is feeling great, having just returned from a trip to Peru, and he is thanking those fans who supported him.  Zacefron instagram

Count me among them, I really like his work, sending good vibes.
Watched Charlie St. Cloud for the first time last night, love the reference to Saint Jude.

Sometimes small things, like this picture, have a great BIG impact.
It made my week ! 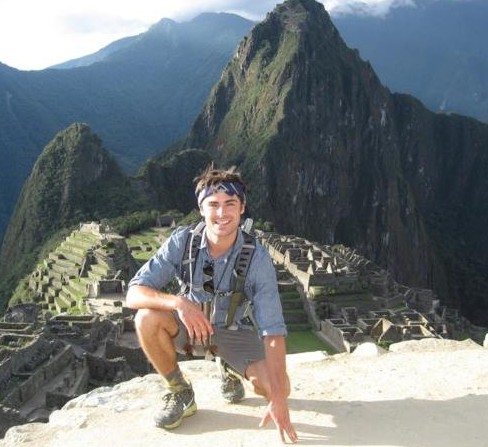 I have this pic in my Neptunian transporter room (shower).
(haha The Mts., not the man.)

Peru is ruled by Aries and Sagittarius.
Ruins are Saturn, Pluto.

Astrocartography delivers !
Machu Picchu rises between Zac’s Saturn and Uranus lines – which are conjunct in Sagittarius (long-distance travel) in his chart.

This energy fires up the future vibration a notch or two – esp. with NNode/Satun currently conjunct in Scorpio straddling his Venus/Pluto.
Higher octave energy vibrations assist in breaking free from old habits that do not serve the higher mind.
Full ON Futuristic thinking : seeing the path, knowing it, walking it.

I have written of Saturnian Sobriety transits before here and here.

1 thought on “clear for takeoff”