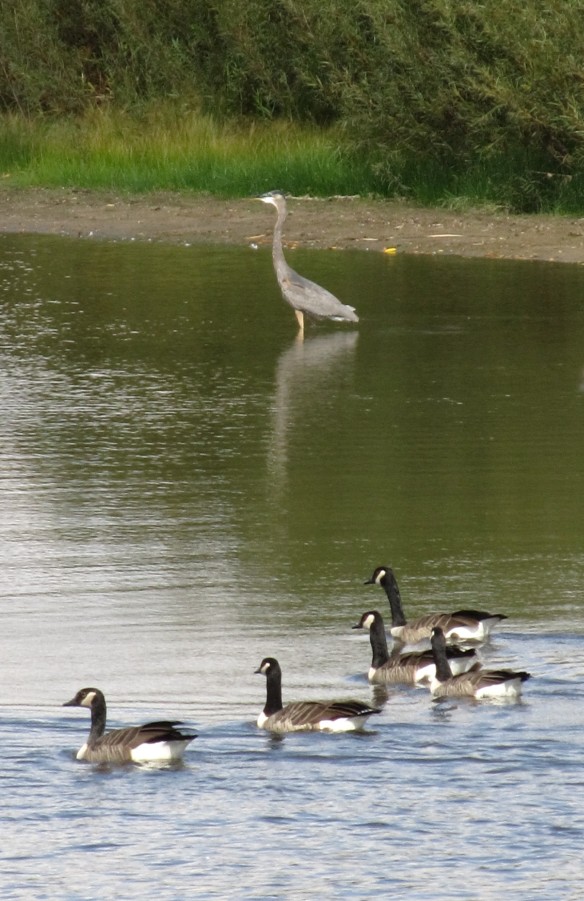 This Uranian bird totem is right on time.  Oddly enough I don’t see them often, and usually at dawn or less frequently dusk – in broad daylight is rare.
There ya go, Sun opposite Uranus square Pluto at work in the bird kingdom.

Heron balances emotions (water), thoughts (air) and the practical (earth) through quiet vigilance, making it a sign of jack-of-all-trades work.  This solitary bird wades deep into the subconscious world, peering with keen insight into the emotional well of souls, unlocking the doors of perception, following its own inner guidance.

It only joins others during migration or breeding season, otherwise, it is solitary. Patience and knowing when to strike are hallmarks of heron medicine, as is an independent spirit that insists on taking charge, exploring new territory.  Heron balances on one leg (often while sleeping), signaling a need for standing up for oneself while also counterbalancing the weight of the other.

Bennu, meaning to shine, to rise, was the sacred bird of Heliopolis, the soul of Ra, the quintessence of rebirth.  Greeks renamed the Bennu, calling it the phoenix (Pluto). The planet Venus was called the Morning star of the ship of the Bennu-Asar.
Note: New Moon in Venus-ruled Libra tomorrow.

Aztec myths led the people from seven central earth caves to emerge on the surface in Aztlan, the place of the herons.

New Zealand Maori call the great spirit messenger egret Kotuku which symbolizes everything rare and beautiful. To say that someone is a Kotuku is a great compliment.
(Heron and egret are similar species)

This I found interesting being a 9th house Sun/Ura/Pluto conjunct gal in the middle of this crazy transitional T-Square:

On a spiritual level, there will also be a phase of awkwardness and groping for identity. Many revolutionary ideas are first conceptualized by the Blue Heron individual, as they will not be content with watching society operate in the same mode it has done for generations. As a child this independent thought will be a great consternation to parents and guardians, yet as the body, mind and soul of Blue Heron grows and develops, this same ability to think independently may serve them in professions such as exploration and research, politics and scientific discovery and invention as these souls once more learn to transform what was once viewed as a liability into an asset.

May harmony and balance be yours this New Moon
gneissmoonastrology.net